In his role as ETU Delegate, Adam 'Ads' Smith values trust, making connections and speaking up. He reminds us that it's normal human behaviour to get stressed out and that there's always options for support.

“I learned from another shop steward that you need to find common ground with all of your members. To find out if it’s tennis they’re fans of, football or soccer or whatever, and know something that you can always talk to them about. And then they’ll come to me when I need to know stuff as well. It’s a personal role. It has to be. I do this job because I don’t like injustice and I can’t stand bullies. So I take it personal that these guys come here and trust me to protect them.

“I create connections from walking the job and talking to the guys one on one. So that’s pretty much what I do. And people give me crap about it, that I walk and talk for a living, and I’m like, yeah I do. But I’m working. I’m making sure you’re not doing anything stupid and I’m also gauging you. Because if I know what you’re like, if you’re normally giving me crap because my football team’s lost, and you’re not when I come in on Monday, then I want to know why.

“COVID has added an extra level of stress. There haven’t been industry shut downs but the work isn’t there. For the first time in a long time, some are staring down the barrel of redundancy. I mean these guys are getting $700-800 thousand mortgages, it’s a hell of a lot of money. We make good money, but you’ve got to be working.

“I’d be surprised if I’m not in double figures with the number of people I’ve referred to Protect Counselling with Hunterlink, and insisted that they call. There’s actually been people where I’m dubious whether they’re going to do it, but they’ve come in here and told me that life’s getting tough at the moment for whatever reason. I’ve actually called the number myself and then walked outside and made sure that I can hear them talking to the counsellor. Every time I do they say ‘thanks Ads, I feel a lot better’. They feel a lot better about themselves, they understand that they’re not freaks, it’s just normal. Normal human behaviour to get stressed out.

“We’ve been really impressed with Protect and Hunterlink. We had a tragic loss, a young lad just finishing his apprenticeship died suddenly. So that was really tough for the guys here. I had to have a toolbox meeting with his workforce, they already knew, they’re a pretty tight knit unit and they all came into work, every single one of them.

“We had a talk about it. All I said was, none of you guys need to be here. If you feel like you’re better off at home, I want you to go home. If you feel like you’re better off here, I need you to assure me that it’s safe for you to be here and that you can concentrate on what it is that you do. And I need you to look out for each other. I don’t want you one out at any time, there’s always two of you, and if you see someone struggling let me know.

“I take it personal that these guys come here and trust me to protect them. You’re the frontline against everything for them.”

"And I just said that my office is your sanctuary. If you need to fall apart you come in and you can lock the door and have a cry for as long as you want. But there wasn’t really much more with my expertise that I could do.

“My first port of call was to ring Buckets (Field Officer Brett Buckingham) and let him know. And he said, ‘I’ll get someone out there as soon as I can’.

“Buckets had the Hunterlink counsellor out here the next morning. I found out Thursday and she was out here Friday morning. She said ‘I’ll sit in your office for a couple of hours and anyone who wants to see me can come in and then I’ll have a group conference with everyone’. She did both and was incredible.

“Multiplex was fantastic as well, they gave me their boardroom and the Hunterlink counsellor sat and talked to us all for about two hours on the Friday afternoon. When the guys came out they just said that she was amazing, she put it all in perspective for them and that they felt a heap better, they could not sing her praises high enough. She encouraged them to stick together and talk about it.

“The fact Protect are expanding their wellness services is fantastic. I’ve done the drug & alcohol program and the suicide prevention courses with ADA Australia through the Centre for U. When you know those trainers have lived experience of mental health or dependency issues its so much more relatable compared to the ones who’ve probably never had a hard day in their life. We just want to know how to fix it. That’s what we do as tradesmen, give us the tools and we’ll fix it.

“There might not be a silver bullet that’s the answer to all problems but you’re the frontline against everything for your guys. And sometimes its tough, sometimes you’re hearing things you don’t want to hear and its impossible to please all the people all the time, but if you don’t know your members and they don’t trust you, they wont tell you when something’s wrong. Either with themselves personally or professionally. They’re not going to ring you and say, ‘Ads this doesn’t look right, I might fall off and die here’, if they don’t trust you. They’ve got to genuinely relate to you like you’re their big brother.

Protect counselling is a free confidential service for individuals seeking support, as well as employers and workers wanting advice on the best method to assist colleagues dealing with a range of concerns: 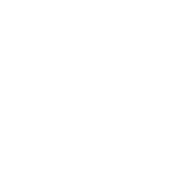 STRESS & PRESSURE AT WORK
Prev Next